The strength of any community lies in the heart, spirit and caring of individuals who live within it. Good communities have exceptionally good people
who share deeply of themselves for the sake of others, and that sharing never should go unnoticed. Each year, this newspaper chooses a few members
of the community who have made exceptional contributions to the common good, and honors them as Buffalo News Outstanding Citizens. 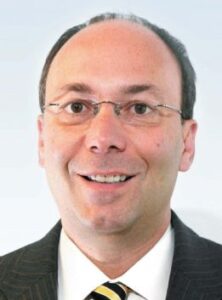 Anthony J. Baynes didn’t need the headaches. They were arriving, fast and furious, long before he agreed to lead the Erie County control board.He parachuted from the business world into the curious swamp of government,where the simplest decisions are steeped with political concerns, thoughts of reelection,fundraising, us vs. them.

The job pays him nothing. In fact, it distracts him from the freight-forwarding
company he runs and complicates his recovery from the three serious head
injuries he has suffered over the years.

Within county government, Baynes has few friends. Critics say he’s arbitrary and unpredictable and doesn’t playfair. They say he was determined to expand the control board’s powers.

On that last lament, they were right.As a soft control board, the organization foundered. As a hard control board, Baynes and company are the filter that can trap and eliminate the bad decisions, the employees who were hired without need or the contracts that were signed without making sense.

Erie County’s financial health has improved. Thanks to tax increases, more than anything, budgets seem to balance without the reserve fund.